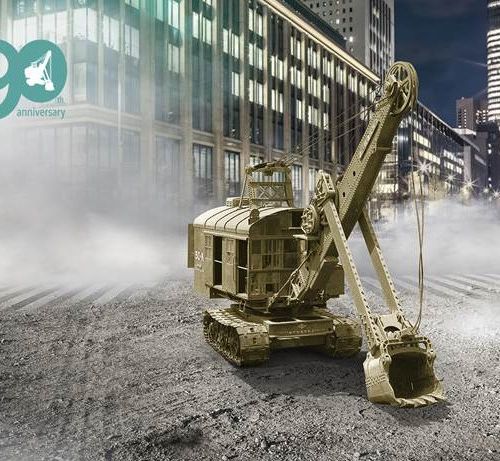 In 1930, Kobelco created Japan’s first electric mining shovel, which paved the way for all future Kobelco construction machinery and set the tone for decades of pioneering technological developments.

By 1960, Kobelco completed the Okubo factory and manufacturing of construction machinery began. Today, this factory still exists and is dedicated to the production of Kobelco cranes. It is one of four Kobelco factories in Japan.

Kobelco in Europe
A major milestone for Kobelco in the last decade was the reestablishment of the Kobelco Construction Machinery Europe B.V. (KCME) headquarters in Almere, the Netherlands in 2013. Over the past seven years, this important base has provided an efficient and responsive service and full aftersales support for its European customers across 64 dealers and 270 outlets in 60 countries.