Interview with Jeff Lin for the Chinese New Year 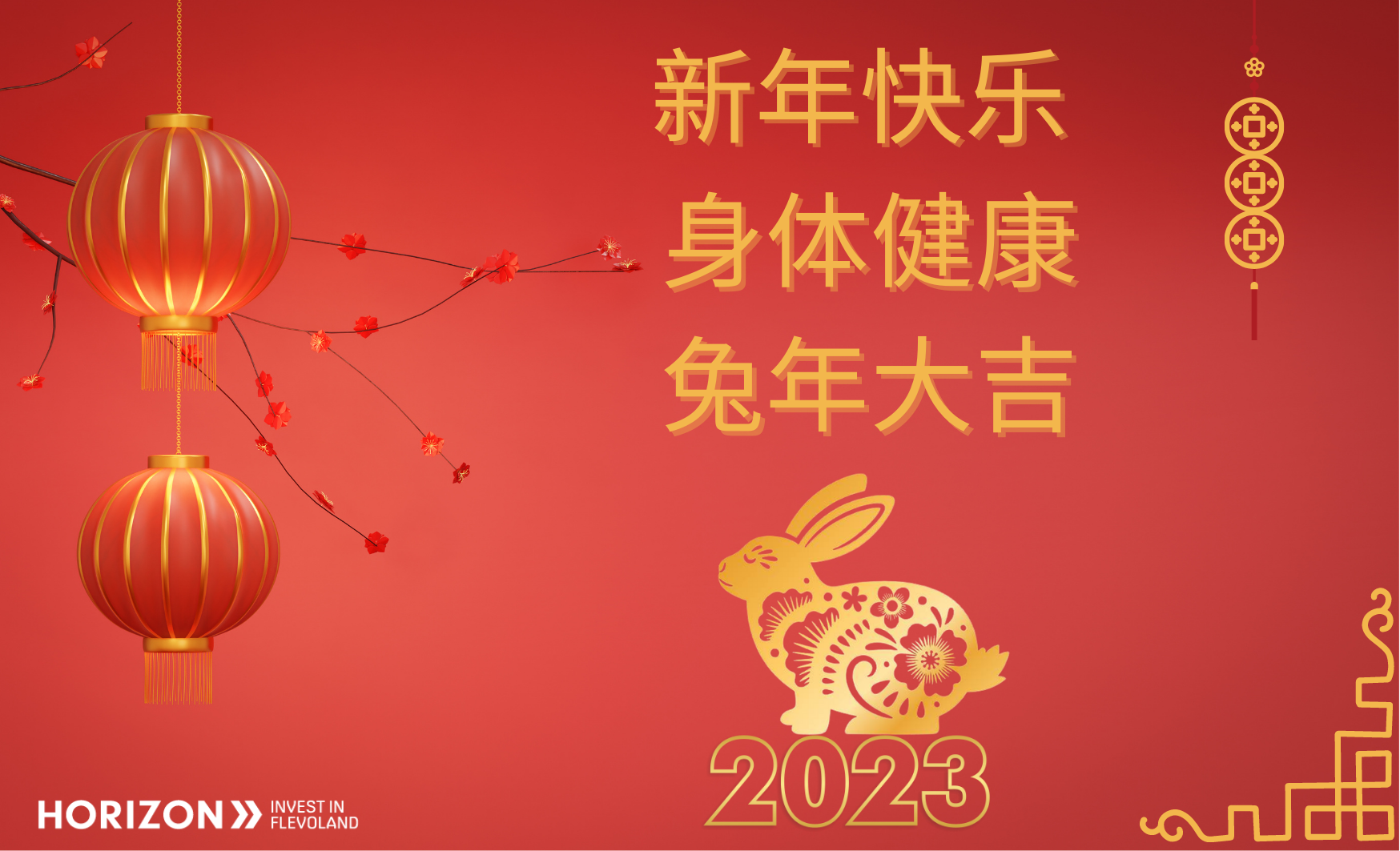 Happy Chinese New Year! On January 22 in China, the new year begins, the year of the rabbit. It is said that 2023 will be the year of hope. With this in mind, we asked Jeff Lin, general manager at HangCha Netherlands, a few questions about the cultural differences between the Netherlands and China and what is important to know if you want to establish a business relationship with a Chinese company. This interview is useful not only for Dutch companies with an interest in the Chinese market, but also for Chinese companies with the intention to establish in and/or expand their international activities to Flevoland.

HangCha is China’s largest private forklift manufacturer and has sold more than 200,000 units in Europe in recent years. To improve the quality of the whole product, the organization established a European service center in Almere last year with a parts warehouse, service support and training center. 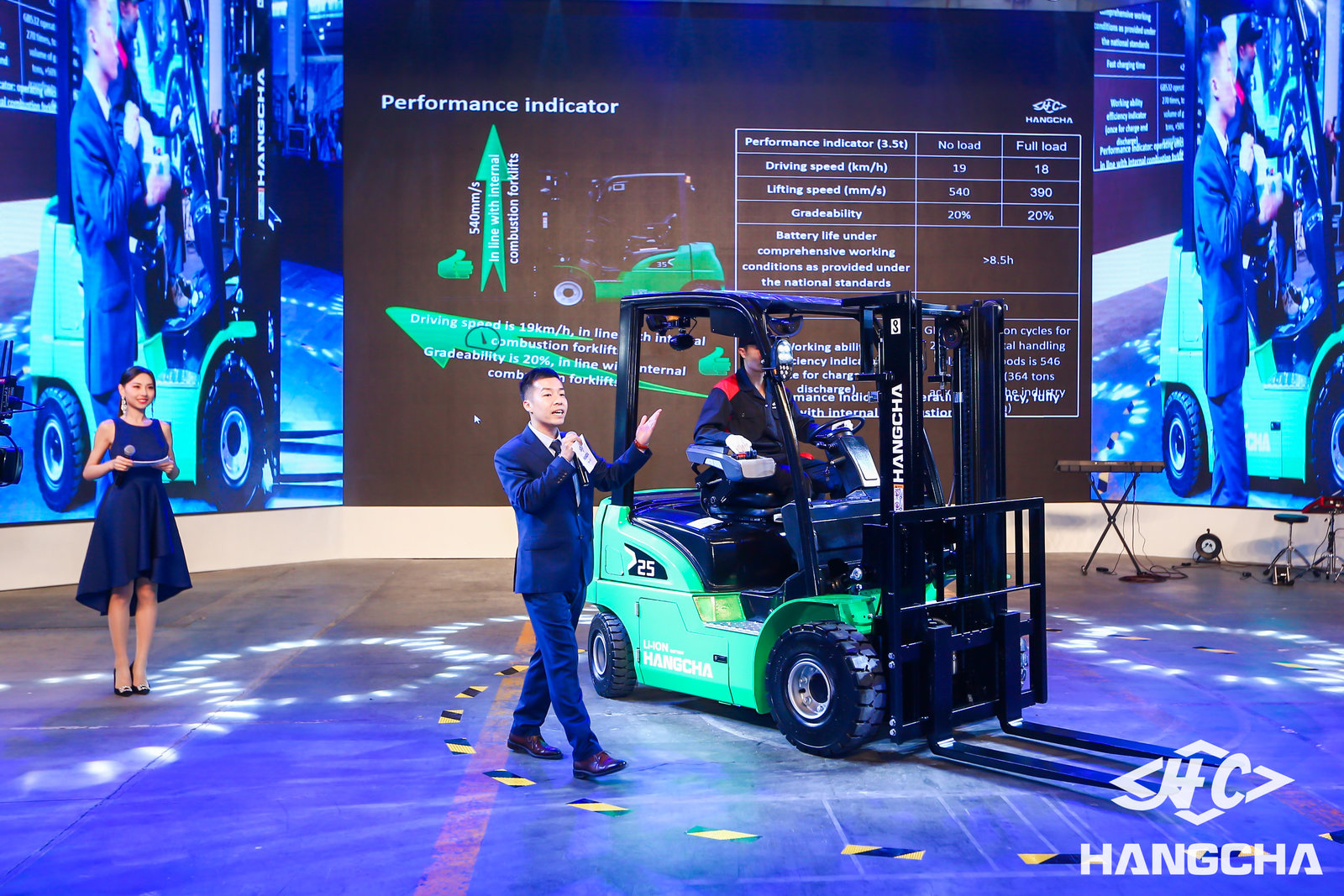 Jeff, why did Hang Cha make the decision to establish a subsidiary in Almere/Flevoland?
European consumers value after-sales and service. For example, they consider it important that parts arrive on time. To be able to offer a better service, we decided to establish a service center in Europe. The Netherlands appealed to us partly because of their innovative mentality. If the Dutch can make a whole city rise from the water, I’m sure we can learn something from it. Almere as a new and modern city suits us well and is also close to Schiphol Airport.

In your experience, what was the most important aspect to starting a subsidiary in a foreign country?
In the beginning we needed very experienced local people to help us. The Asian and Western cultures are very different, including the language, environment and the way people interact with each other. Local people can guide you on the right track and prevent you from taking a wrong turn and losing money, for example.

What are the obstacles and opportunities Hang Cha has experienced in the past? Which obstacles and opportunities are you expecting for the future?
Language is obviously a big obstacle, not only in business but also personally. A lot of things are in Dutch, from business documents and telephone menus to supermarkets and traffic signs. There are also words with double meanings, like ‘bank’ which is both a couch and a place to get money.

Besides the language barrier, there are still many old stereotypes in the Western culture when it comes to products that are made in China. Chinese products are often expected to be cheap but also low quality. This is partly because people want high-quality products at a lower price.

At the same time, this also presents an opportunity for Chinese companies to focus less on ourselves and work more together to change these preconceptions. We need to prove ourselves and let everybody in the world know we can produce good things for a good price.

The energy transition is also a great opportunity for us. We used to use gasoline, but now we are the only manufacturer in the world where all machines can be equipped with a lithium battery. We are a step ahead of Western companies in this area, because in China we have been working on this for some time already.

What are the biggest differences between Dutch and Chinese work culture?
In the Netherlands, people have more respect for work-life balance. At HangCha, everything is well managed by the computer system, which means employees are less stressed and if I want to go on holiday in the summer, the system can manage the gap.

In China if you reach the target you get an extra bonus and if you fail or lose money there will be a penalty. In the Netherlands, salaries can be increased with a raise but not decreased. In addition, as a boss or supervisor in China you are highly respected and as an employee you need to keep your boss happy. In the Netherlands, as a boss, you have to respect your employees and keep them happy. I had to get used to it, but the Dutch way is better for the whole company. It is important that employees can go to their manager with problems, as well as suggestions and ideas.

The Dutch are known for being very direct, was this something you had to adjust to?
In China, some people told me I was to straightforward, I would often speak up during meetings. Different people have a different points of view and with a different approach might make it better. So, I actually appreciate the directness of the Dutch.

What do you miss most about China?
The food. Dutch people eat mainly to fill their stomachs. They spend maybe 10 minutes to quickly eat a sandwich. In addition, they often eat the same thing, bread in the morning and the afternoon, potatoes, vegetables and meat or fish for dinner. In China, we often spend 1 to 2 hours to prepare for dinner and all provinces have a different food culture. In China we say, “You can forget about your clothes and your new house but never forget about food”.

Do you have any advice for Dutch companies that want to work together with Chinese companies abroad?
To get a business relationship off to a good start, it is important to see and treat your business partner as an equal. Therefore, my advice is to forget the stereotypes that are sometimes created by the Western media. If you really want to start doing business with the Chinese, visit China so you can form your own unbiased opinion. Most western people, the first time they come to visit, say it’s totally different from their expectations.

In addition, if you start doing business with China don’t always focus on the price. You get what you pay for. If you pay a lower price the products will also be of lower quality. However, this certainly does not mean that there are no good quality products in China, you just have to be willing to pay an honest price for them.

What are Hang Cha’s ambitions for the future?
Currently, we are the largest private forklift manufacturer in China and 8th in the world ranking. Our ambition and dream is to be in the top 5. To achieve this, we are busy improving our service and pushing the full electrification of material handling trucks.