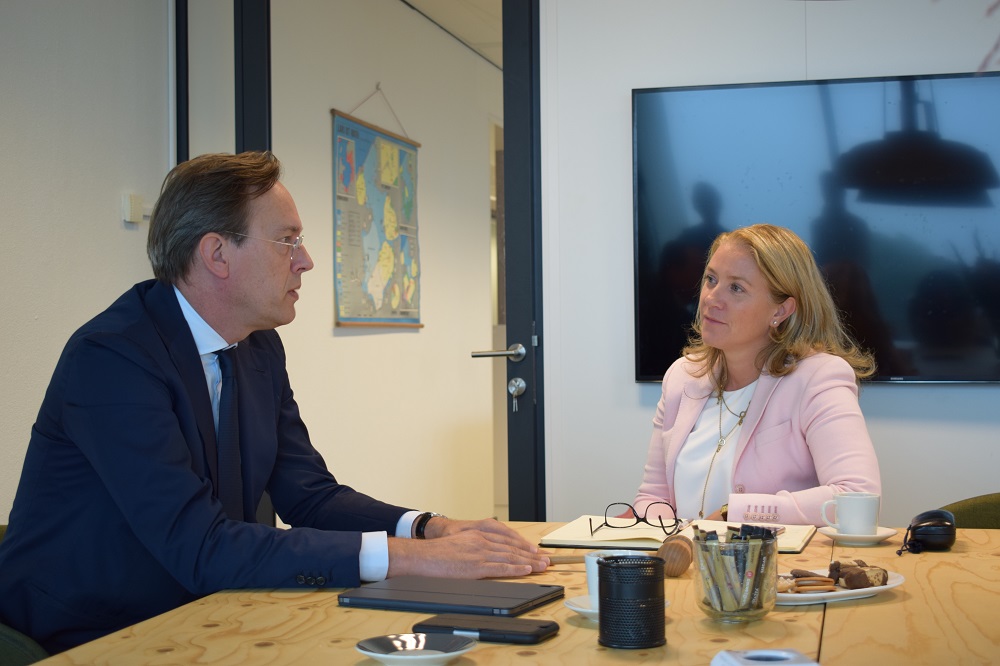 A high-level delegation from the Chinese Province of Zhejiang, led by Vice-Governor Mrs Liang, visited the Province of Flevoland in September. Flevoland has had an amicable relationship with the Province of Zhejiang for 20 years. King’s Commissioner Leen Verbeek and Horizon jointly welcomed the delegation in the Provincial Government Building. Besides participating in theChina Business Week in Rotterdam, this visit mainly intended to strengthen the ties with European partners now that the relationship with the USA is under pressure.

The possibilities of deepening and strengthening the economic ties were explored during the meeting. A strategy will be developed with Zhejiang’s European office, supported by Horizon. The Chinese business community can rely on the support of the Dutch national and local authorities when it wants to expand its operations to the rest of the world and to Europe in specific.

The Province of Flevoland, with its central position in the Netherlands, Schiphol only an hour’s drive away and Amsterdam in its vicinity, has drawn more than average attention. In particular the space that can be offered, and the moderate cost compared to the Randstad conurbation appeal. This, even more now that connections via Rotterdam are at their peak with the Container Port on Flevoland’s coast in Lelystad.